IMPORTANT NOTE
Warframe as a game is always changing and evolving. Two major examples that I have personally played through are the U22.12 weapon overhaul, and the U27.2 Warframe Revised update. Unfortunately for a content creator like myself, this means that my content is always made redundant over time. As such, please take note of the version at the time of each review's latest update. 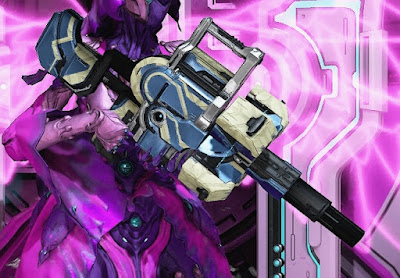 The Tenet Envoy is a new MR16 rocket launcher. Firing slow, high explosive projectiles, it is a very capable room clearer. A novel guidance function gives it a unique feature over other explosive weapons, though it faces stiff competition from both old favourites and new contenders. 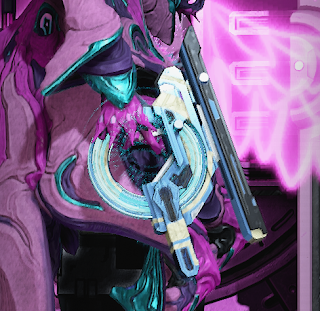 The Tenet Cycron is an MR14 Beam Secondary, one of the new weapons that can be acquired from the also new Sisters of Parvos. With greatly improved stats and a chaining mechanic, it is an overall very strong weapon. 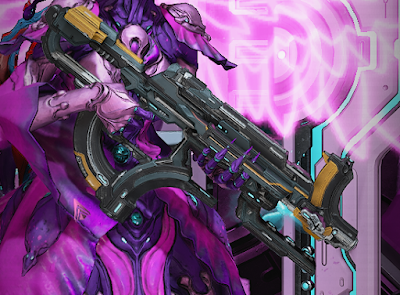 The Ambassador is an MR10 Rifle, introduced in U30.5 Sisters of Parvos. An Electric-based weapon, it has a conventional Full-Auto mode, as well as a slow but powerful charge-fire. It is a novel, if not especially strong, weapon. 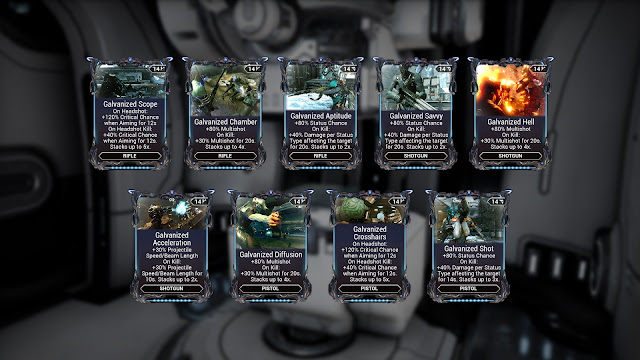 One of the major additions in the Sisters of Parvos update (U30.5) was a new series of mods called Galvanized mods. These mods are one part of the "Arsenal Divide" section of the update, intended to reduce the power gap between Melee and ranged weapons. The Galvanized mods are all variants of existing mods, with slightly reduced base stats but a ramp-up mechanic that drastically increases their power upon kills.

These mods are all available from the Arbitration Store, for 20 Vitus Essence each. They are all Rank 10 mods, with the rank-up costs of a Rare (Gold) mod.